Louisville’s first Festival of Faiths celebrates the rich spiritual heritage of our city. The westward expansion of our early years made the city a hub of many denominations. Foundations laid during the Colonial and Federal periods include the Cathedral of the Assumption, settling of New Harmony, Indiana, and many other currently active communities of faith.

The first Festival of Faiths showcased this religious diversity of the city by inviting houses of worship from all over Louisville to share their history. The festival was comprised of over 45 tents resembling an “tent-revival meeting” of the 1800s. Within each tent, houses of worship told stories, shared pictures, and met with festival goers. Kenneth Smith, Sr., president of the Chicago Theological Seminary, gave the keynote address, and a city-wide interfaith Thanksgiving prayer service was held at the newly renovated Cathedral of the Assumption. 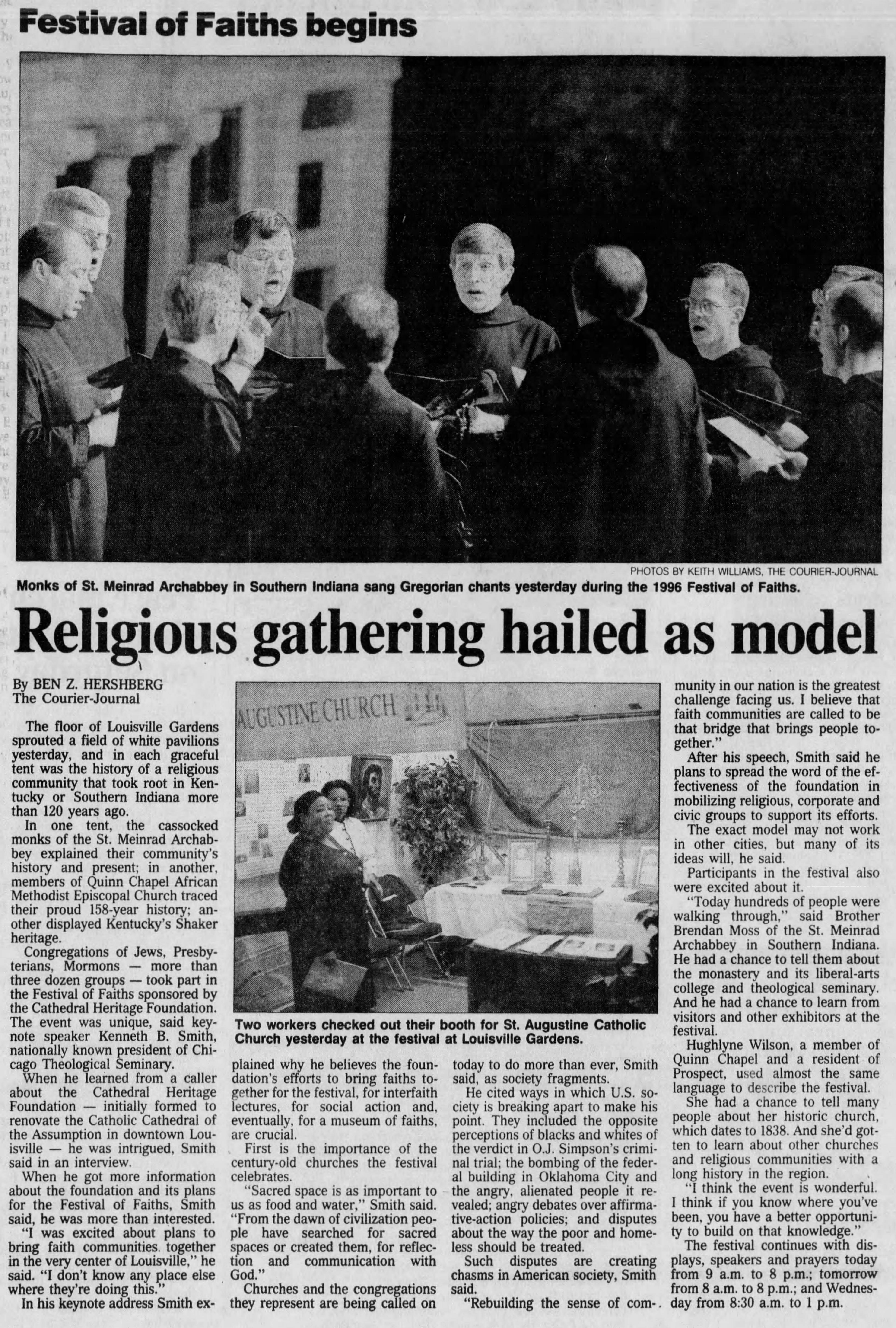 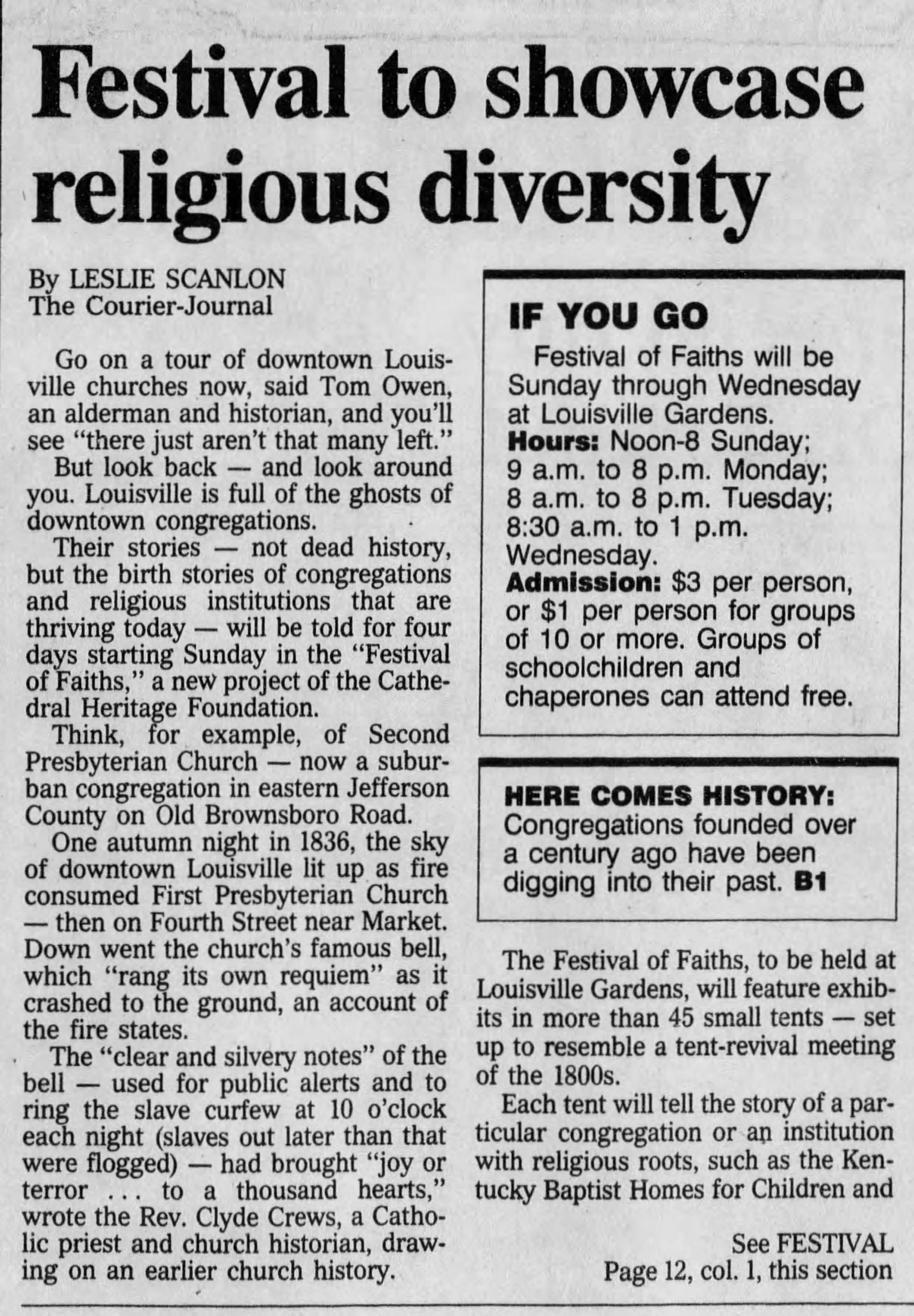