Songs and Celebration were the focus of the third Festival of Faiths in 1998, exploring the role of music in religious heritage and worship styles. The River City Drum Corps led us in chanting and making sacred sound in harmony. We were joined by Lord Robert Runcie, former Archbishop of Canterbury, Rabbi Marc Gellman and Monsignor Tom Hartman of “the God Squad,” and Gregorian chanters from St. Meinrad Archabbey in finding common ground through making music.

Exploring the role of music in religious heritage and worship styles, local denominations sang, chanted, and drummed in harmony. Guests including the River City Drum Corps and the Archbishop of Canterbury addressed topics of tolerance, humility, and understanding. 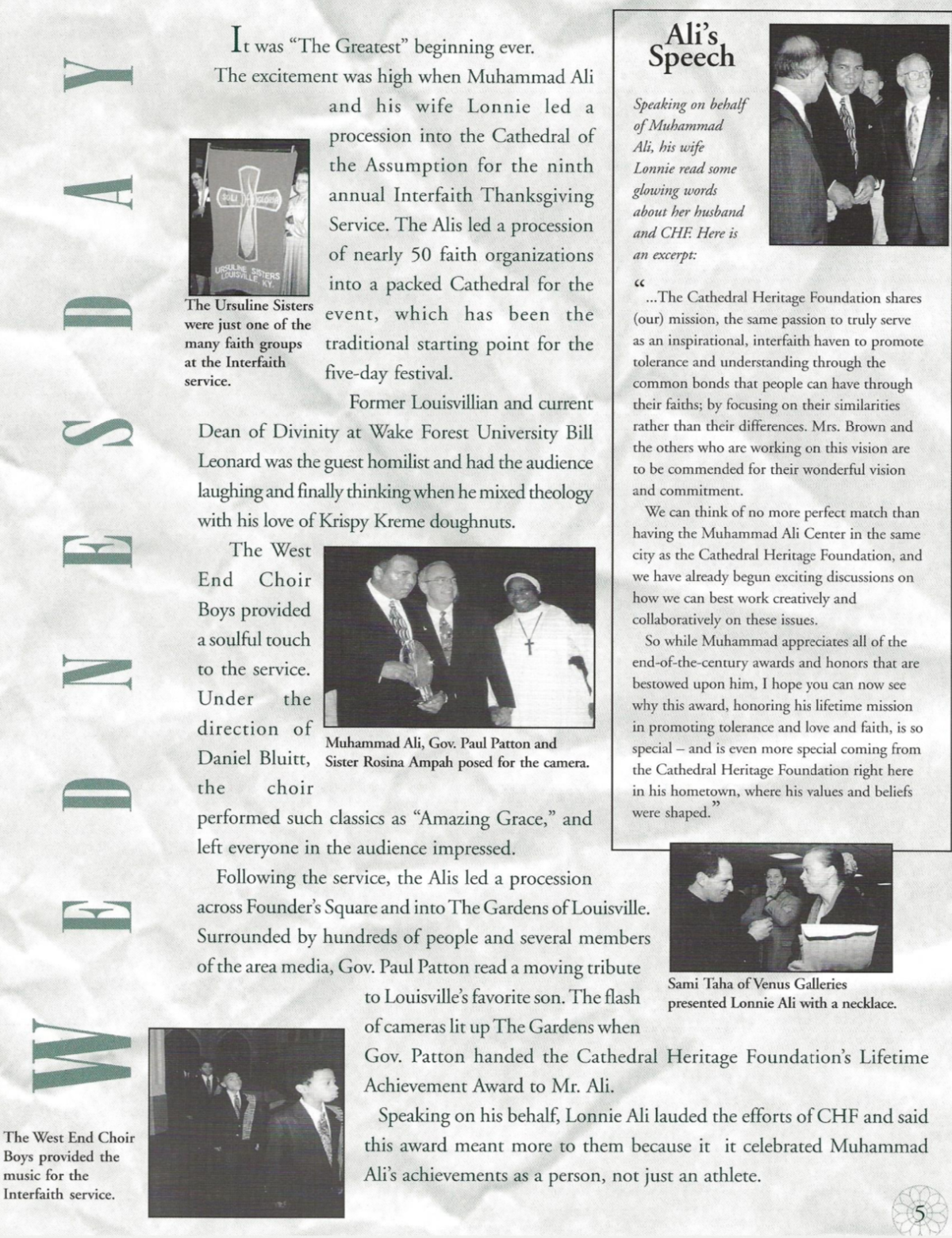 From the Cathedral Heritage Foundation 1998 Newsletter. 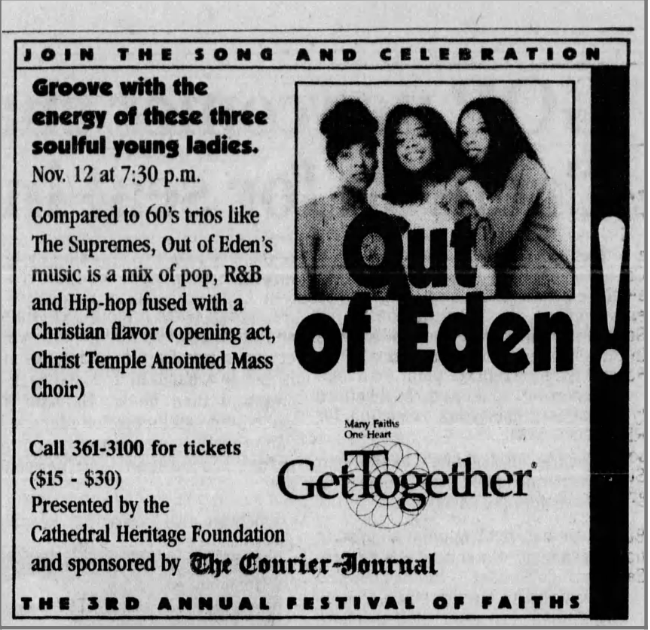 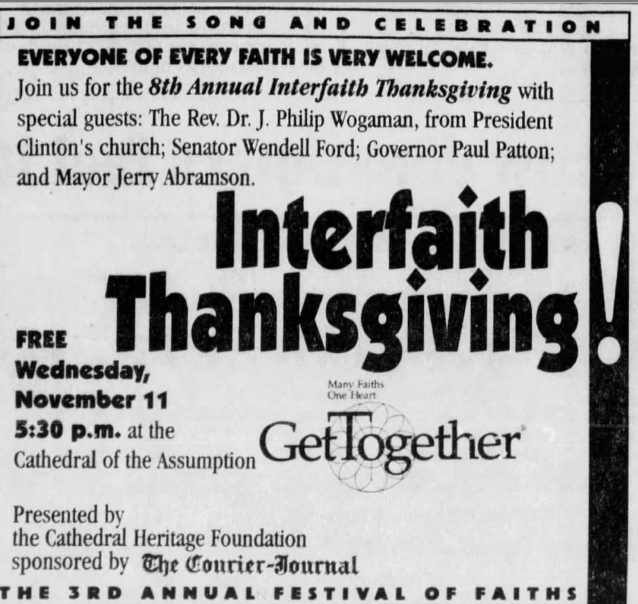