“A Handful of Cheerios”
by Woody Schoenbachler

True understanding comes from direct experience. Real-life, reach-out-and-touch-it experience. I truly believe that if every single person could have real-life experience with people who are different from them, people they create demonizing stereotypes for, prejudice would no longer exist. People would come to understand that, although they look different, these people share the same fundamental desires that you and I have. A single experience is all it takes. I had one many years ago. So sit back, relax, and let me tell you the story of a little refugee boy with a handful of cheerios.

The surrounding scenery slowly deteriorated while the old school bus coughed and groaned its way through a labyrinth of cracked pavement, street signs, honking cars, and garbage. A factory slowly revealed itself as the bus struggled around a corner. I paid it little mind, about as long as a speaker makes eye contact with you while trying to engage his audience, thinking that more journey awaited. Then we turned into its parking lot. I knew that I would be going in to help refugee children with schoolwork, but I hadn’t imagined this. If I didn’t know better, I would have thought my mom really meant it this time and I was finally getting sent to juvie. The windows were barred and a big fence surrounded the compound; by virtue of the surrounding area, it was the worst the city had to offer. Yet, they accepted it, graciously; a true testament to the scale of horror that refugees have to leave behind in their homeland. We entered through two side doors where a gym opened up in front of us. In groups of four, each at their own plastic table, sat small children, none looking older than 7 years old. I’m ashamed to admit the first thing that caught my eye about them was how different they looked from us. However, they clearly had the same thought. They were staring at us like they had seen a ghost. To be fair, a group of children wearing identical uniforms can be a little ghastly.

The teacher leader of our group instructed us to all go sit down at different tables and introduce ourselves to the kids. He warned us many would have broken English and to be patient. My eyes surveyed the room until landing on a boy wearing a tattered Superman shirt with the logo half worn off. For no better reason than the fact I liked Superman and was a boy, I chose to go sit by him. As my classmates and I migrated down the stairs into the aisles, I could feel thousands of eyes piercing me. I felt uncomfortable and out of place, even though they had been nothing but welcoming so far. 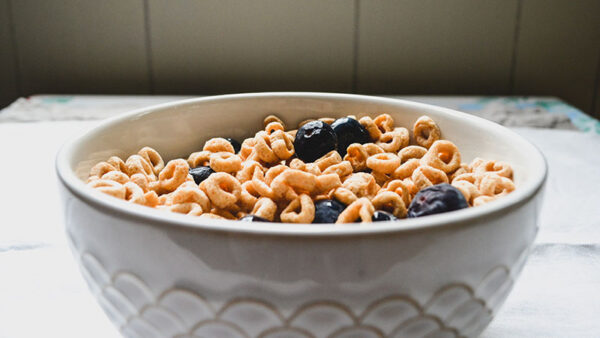 “Salim. Who you?” The little boy responded back while standing up from his chair.

He looked up at me with complete disregard for what I had just said, then lifted up a ragged tennis ball and smiled. With that simple gesture, I picked up right away what he was trying to say: School sucks, let’s play instead! I related to that.

I was shocked by the boy’s joyful nature. I was expecting, as my teacher had described, “victims of war” to have complete hatred for everything in this world; a world which had punished them with such a difficult life. Yet, sounds of laughter and excitement from the room filled my ears.

After we met the children for the first time, it was time for them to start their school day. It consisted of what you would expect. They spent a lot of time learning English, did some basic addition and subtraction, and then ended the day with coloring. Back at my Catholic, mostly white school, everyone had their own box of crayons. Most people even had the big fancy box of 64. Here, there was a single plastic bin filled with misfits. At my school, a girl might cry if she lost her favorite color. Here, every crayon looked nearly the same color from rubbing upon each other in the chest. But none of the children even thought to complain.

The school day ended at noon, so it was time to give out food then dismiss. One of the refugee’s proctors told our teacher to gather everyone up and to pick three people to help hand out food. I was not chosen. The proctor handed the three stooges a box of Cheerios each and instructed them to give a handful of Cheerios to each kid on a paper towel. Just a handful? For lunch? That’s it? The proctor explained that they, of course, wish they could give more, but the budget wouldn’t allow it. A single handful of Cheerios to feed growing children for lunch? It seemed almost insulting. The kids happily received their Cheerios as they had many times before. Some kids inhaled them all in a single gulp. Others took their time and tried to savor every last bite. My eyes finally landed on the kid with the Superman shirt. He tied up his paper towel into a little baggy, then stuffed it in his pocket real quick. At the time, I thought it was a little peculiar, but didn’t think much of it. Maybe he was just saving them for later, because he wasn’t all that hungry.

Since it was the end of the school day, the children’s parents started to gather for pick-up. Then, I saw something that changed everything. Superboy ran up to his mom, took out his little paper towel baggy, and handed it to her. She ate the Cheerios faster than I could blink.

Before that day, if I heard someone talk about a refugee, my thoughts would be much different than they are now. I think about the moms in the carpool talking about how dangerous it is to bring refugees into our country. I remember hearing an older kid at school who called them“AK-47-wielding radicals.” I’d think of someone who I would never be able to relate to. Now, whenever I hear of refugees, I think of something much different. I think of the generous little superboy with his burning compassion, his unquestionable caring, his desire to play, and his handful of cheerios.

All it takes is a single experience to change your perspective on people who appear different from you. Get out there! You’ll see that they aren’t so different after all.