“The Human Race; A State of Twilight”
by Leanne La 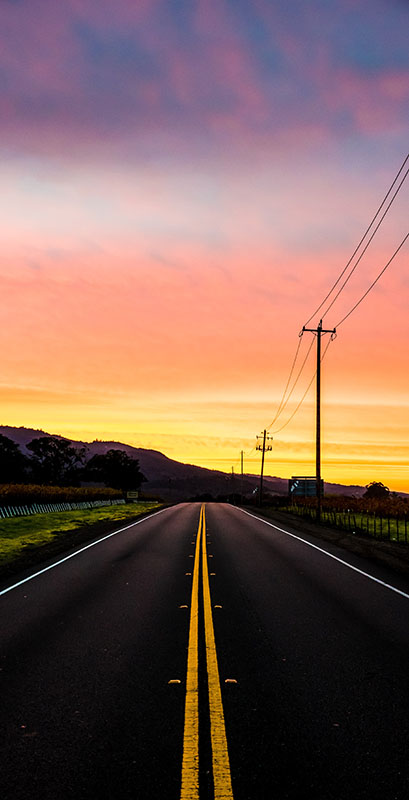 We become not day or night, but twilight. The merging of yesterday, today, and tomorrow, forming nature’s ethereal illusion of a palette of colors. We must aspire to become one, rising above adversity or whatever prejudice that may tear us apart. We are all one, the race of mankind created by God in his own image, copies of him with varying distinct features, coming together in solidarity regardless of our gender identity, race, or ethnicity.

I am a person of color. Born and raised in the beautiful land located in eastern Asia, South Korea, the country known for our delectable cuisine, advancing technology, and, of course, the legendary twenty-step skincare routine. Strangely, enough, I never considered myself a person of color, which now, of course, is a part of my identity that I take much pride in. At the time, discrimination was a social crime that I had only read about and had never experienced firsthand. I never felt like a minority throughout my residence in my homeland, as we all shared a visual resemblance. The same straight, deep-chestnut brown hair, dark eyes, and, of course, the fair majority being East-Asian. While I was aware of the many countries outside the sheltered little town where I grew up, I never would have assumed that we acted, or looked, any differently. Innocent yet narrow-minded perception of ethnic stereotypes and discrimination grew over the years, which the exposure to foreign television, more specifically works from North America, had primarily instigated.

One major part of my childhood, that I most likely have in common with children of my generation was my near-fervent obsession for Disney, but more specifically the Disney Channel. Thirty minutes of a show per day on the network was a given, and in this said time, what was projected on the television was all that mattered to young me. For years, Disney was my primary source of joy, and it simply blew my 7-year-old mind that there existed an eternal utopia where a pauper could wake up as a princess, humans could converse with animals, and fairy godmothers could come “glitter” up one’s life. At the time, it created an unrealistic yet extraordinary perception of life in my mind, and while I may not have noticed at the time, it grew to have a great influence on my views today towards racial diversity and stereotypes.

Disney is often associated with and could be used as a synonym for youth, glee, hope, and a utopia for all, especially for those in their youth. The Disney Channel, a branch television network created under the brand Disney, became a nationally crowd-acclaimed sensation in the early 2000s, creating characters that were meant to resonate with the lives of the youth in Generation Z. As this network expanded globally, I, along with my other Korean friends, were introduced to the magic of the Disney Channel voiced over by Koreans in order to be accessible through my native tongue. Although most of these Disney protagonists were presented as children, and they only existed in a little black box, they were real to me and heroes I looked up to.

Now, to this day, and to this moment, I will never forget the day that all the hours spent watching the Disney Channel, all the years I dressed up as a Disney character, and all the respect and idolization I had for my childhood heroes disappeared in the blink of an eye. As I look back at this moment today, I laugh. A mini-me turning on the television, opening the Disney Channel, only to find these people that I had known and followed for as long as I could remember, conversing in a foreign language. It turned out that my mother had forgotten to turn on the voice-over feature, leading me to hear for the first time, the Disney characters, who again, I thought were just like me, conversing in English instead of the Korean version. I felt betrayed. From this moment forward, these characters no longer resonated with me. There was no connection there for me anymore. These people whom I loved and respected with all my heart felt like foreigners who were too different from who I was at the time to ever relate to.

Of course, this shocking occurrence led me to become a realist at the age of 7. I no longer spent my time fantasizing about the lives of fictional characters, but sought to dissect what the Disney Channel lacked. From what started off as a language barrier, grew to something more. Something real. I came to realize that more often than not, Asians and Asian-Americans were scripted as the model minority, a pervasive myth, created to conceal the xenophobic racial stereotype of Asians being dissected as those who lack social skills, are consumed by work, and are expected by society to be exceptional in all areas of academics.

What started as confusion grew to fury and resentment towards these racial stereotypes. It felt impossible to escape them, as they existed everywhere in our society. In the Disney hit “Bunk’d,” Tiffany is the stereotypical overachieving Asian girl with strict parents. In “Gilmore Girls,” Mrs. Kim is depicted as a tiger parent, unable to show any affection to her daughter, only wanting to ship her back to Korea. And even me, who was told by a friend in the fourth grade that a person like me should easily be able to help her with her math homework. I felt as if I had to satisfy these standards of being the model minority, like I had some tag on me that defined my identity with one glance. This fury in the back of my mind only grew as I was exposed to a larger community, first starting at a local international school, to presently a global boarding school in the United States. I was repulsed by the idea of being perceived as someone I was not.

Through this generalization of people by society, I learned to keep an open mind and make the best of any situation. Instead of limiting what I could do based on what society expects of me, I let this become my incentive to be an individual that others like younger me could admire and respect. I began to learn how important it is to be proud of who you are and not judge, or let others judge you based on your ethnicity or any other given physical feature. No matter what you look like, who you are, what racial or ethnic group you may belong to, everyone is unique, and you are not defined as the generalization of a group, but a part of a beautiful fusion of all colors, shapes, uniqueness and individuality, coming together in harmony to create what we know as the human race, just like the state of twilight.