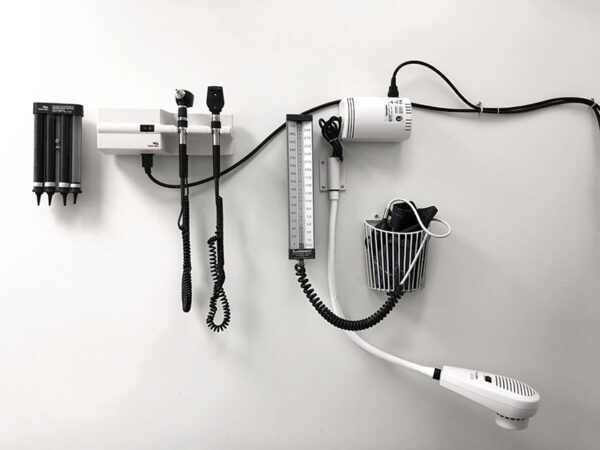 Due to the array of medical issues littered throughout my childhood, I frequented the doctor’s office in my youth. Visiting clinics was part of my weekly routine, and I consequently found myself in a new waiting room what seemed to be every other week. When I turned 15, my parents took me to an orthopedic specialist at a children’s hospital downtown, far removed from the suburbs in which I lived. The first visit to a new medical center is always somewhat off-putting, but by this age I was old enough to control my pre-appointment nerves, and I promptly sat down, waiting patiently for my name to be called. And when it was, I looked up from my phone and paused. The clinician standing in the doorway was a Black woman. I was surprised, but more than anything, I was embarrassed to be surprised in the first place. Immediately I caught myself: Of course a Black woman could be a doctor. Why couldn’t she be? However, I had been treated by so many white men throughout my life that I had subconsciously grown to believe that they were representative of all medical practitioners. In my mind, I had already painted a picture of my appointment based on my past experiences. The table would be cold, the needles would be scary, and the doctor would be white.

This type of unintentional prejudice runs deep throughout our culture and feeds into stereotypes of marginalized populations. Implicit bias is, without doubt, one of the most harmful types of racism because it is so often overlooked. Calling out overt racism is undemanding; slurs and symbols are easy to identify, but it is much more complicated to examine and alter subconscious biases which result from a lifetime of experience and consumption of media that lacks racial and cultural diversity. As we move towards an equitable, anti-racist society, we must analyze not only the institutional practices that target minorities, but also our own ways of thinking. Unfortunately, this is oftentimes the part that people are the most reluctant to undertake: Nobody wants to admit that they have “racist” thoughts. Someone may even express disapproval of certain racist policies or attitudes while still maintaining similar beliefs on a subconscious level. However, this implicit racism must be addressed in order to gain a comprehensive perspective of the ways in which systemic racism is continued today.

Some argue that implicit bias is not actually harmful since it exists only in the mind and not in policy. However, a study conducted by UC Berkeley and UChicago found otherwise. In the experiment, more than 75,000 fictitious résumés were sent to numerous Fortune 500 companies. Each résumé was similar in the caliber of qualification for the job, but half of them were under “white-sounding” names while the other half were attributed to “Black-sounding” ones. The research concluded that the résumés with distinctively Black-sounding names were significantly less likely to receive an opportunity for an interview or callback than their white counterparts. So, while it is true that implicit bias originates within one’s mind, it is not simply contained there. If BIPOC people are allotted fewer opportunities based on something as trivial as the phonetics of their name, which often has cultural or religious significance, how can we expect them to thrive in the same conditions as those who are white? In 2022, it is merely insufficient to be “not racist.” We must be anti-racist, which means acknowledging and understanding how we, as white people, still benefit from systems rooted in colonial racism.